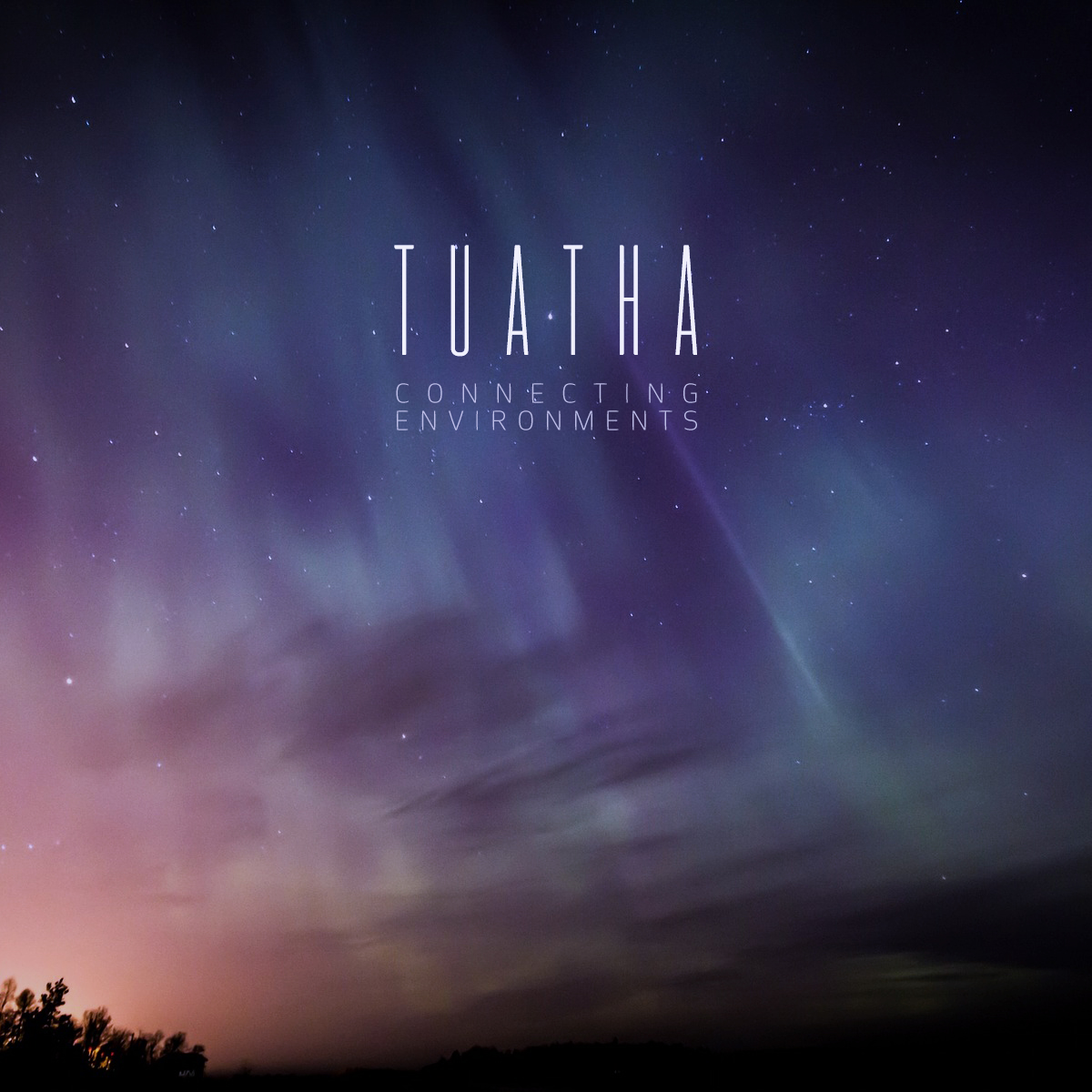 Tuatha "Connecting Environments"
DOWNLOAD MP3 320 KBPS:
https://archive.org/compress/tuatha-connecting-environments/formats=VBR%20MP3&file=/tuatha-connecting-environments.zip
Credits: Produced during 2017-2018 by Tuatha (Max S., Linn F., The Other) // Cover artwork by Tuatha.
https://www.discogs.com/artist/1568830-Tuatha
The project was created by Max S. in 2001, shortly after moving to Petah Tikva, Israel. Struggling with identity as a Russian-born Jew who underwent the Aliyah process, he realized that he needed a creative outlet in order to explore and find out who he really is and what is his place in the world. The name Tuatha ("the tribe", derived from Tuatha Dé Danann) reflected his desire and defined the initial meaning and purpose of the project. While losing himself within "karahana", neverending psytrance parties and festivals in the Tel Aviv metropolitan area, he discovered a certain, "very special", mental state he was able to enter due to severe physical exhaustion, dehydration and lack of sleep. He started his own music experiments along with the practice of meditation in order to find a way for triggering this "very special" state safely. In 2005 he met Linn F. on a psytrance party in south Tel Aviv, and they just "clicked". Similar interests (meditation, music and the subconscious), similar outlooks on life at that point... Linn was just visiting Israel at that time, so, later on, they kept in touch via email and decided to find and explore these "special" states in music together.
After a while, Max got in touch with other artists, mostly online, and some of these artists left a lasting impact on him. The tracks by his other music projects, namely, Music For Healing and Sacred Chao, as well as his one-off collaborative projects with others (Triad, Autosomal, and Hoffmann La Roche), appeared on different albums and compilations during the 2000s and 2010s, but he perceived an idea of publishing albums by Tuatha as a violation of his personal boundaries/privacy during that time. Linn felt equally reluctant about this idea; the music was way too experimental and "fragile", according to her. A certain amount of music was produced by Max and Linn during the 2000s, but only a few remixes have ever surfaced. The vast majority of albums attempted to trigger past life memories through sound. At the moment Max was a SETI enthusiast, and he was convinced that the key for finding and communicating with the higher intelligence was and is the subconscious mind.
During a trip to Cyprus in 2010 Max witnessed sudden death of one of the artists he worked with, and this experience changed him permanently. He became very withdrawn from the world, and at some point borderline-obsessed with making a complete collection of music by this artist (the music was scattered across different netlabels chaotically), but, quote, "doing it right this time", which resulted in several iterations of the project he started around 2011. He worked primarily with video during the 2010s, leaving Linn experimenting with sound mostly on her own. An artist going by a nickname The Other expressed her interest in joining the band around 2014, and Max didn't mind it at all, since, primarily, he was already living "within his own world". According to his circle in Israel, he appeared very withdrawn and depressed "in real life". Tuatha was always a long-distance collaborative project stretched between Israel, Sweden and (later on) Norway; the band has never performed live and never will.
The Other claimed that she was literally "guided" to the band, and her involvement was "meant to happen". She, with her almost autistic attention to details and ability to see the big picture, eventually took charge of several projects started by Max (and some other artists as well in the meantime), and literally "made them happen", bringing the unfinished works towards the state-of-the-art condition. One of the projects was "Connecting Environments", one of the few albums which publicity everyone involved into the band has agreed upon. Fluid and quite formless psybient music served as a bridge between purely experimental works and more accessible psychill/psybient work branded by an acquaintance of The Other as "slipstream trance". The purpose of the music remained the same though: subconscious exploration, looking for origins, looking for meaning.
As of 2019, the band is effectively on hold or, perhaps, has dissolved already. Max committed suicide in March 2018, and this album is dedicated to his memory. Linn became immersed in her practice of Reiki during 2017 and eventually decided to take another direction creative-wise. The Other moved to Norway in 2018 but remained committed to making "Connecting Environments" happen, along with, perhaps, some other albums by Tuatha. But, most of the output by the band will forever remain unreleased.